Click here for a series of pictures of the event. 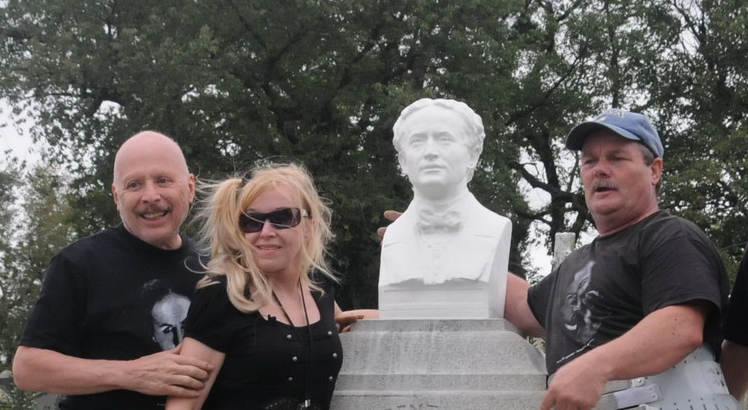 In the year 2011 at the Houdini Museum in Scranton, PA, Dorothy Dietrich, Dick Brookz and Steve Moore formed a group known as the Houdini Commandos. The purpose of the group was to attempt to bring back the splendor of Houdini's neglected and yet monumental grave site back to the condition Houdini would have wanted it. The group has since grown with several of the members listed above. 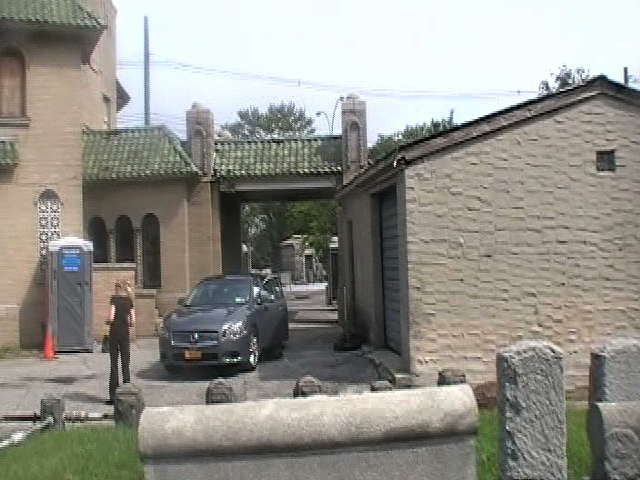 Security guard traps Houdini Commandos by blocking the only exit.

Houdini Gravesite Fund
We have been asked by the family of Houdini & the management of the Houdini Grave to provide for its upkeep. Please donate to this cause. On Sept. 27, at our own expense we restored the bust that was missing for 36 years on his grave. The funds will be administered in a seperate account by Scranton's Houdini Museum, a 501 C-3 not for profit museum. It is the only building in the world dedicated to Houdini. Thank you,